'But how will we pay for this?'

It's a natural question about global policymakers' multitrillion-dollar efforts to prop up economies and markets against the monumental threat of the COVID-19 pandemic. And the question has understandably taken a back seat to confronting immediate health and welfare challenges. 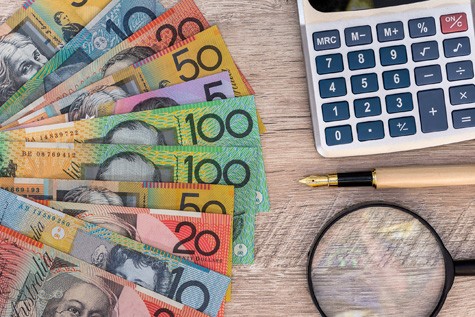 Now, as economic activity reemerges even as daily new confirmed cases of the virus top 100,000, we can start to address how governments can pay back their debts.1 For developed markets, at least, the situation may be less dire than some fear.

It first may make sense to touch upon just how rational policymakers' moves have been. The more than $9 trillion in spending, loans, and loan guarantees that the world's largest economies have committed to countering the negative effects of the pandemic, while extraordinary, speak to the uniquely consequential nature of the challenge.2

Note: The bars show announced fiscal measures in selected G20 countries as a percentage of GDP.
Source: International Monetary Fund, as of May 13, 2020.

Few have disputed the potential for serious, long-lasting economic harm in the absence of such programs. That, alongside recognition that such outlays are unlikely to recur and the structuring of much of the fiscal response as loans rather than grants, makes such bold moves more palatable.

Loans and equity stakes can be thought of as government investment in those assets. Thus, any increase in debt from those disbursements could be reversed as those equities are sold or as the loans mature, except for a small percentage of possible bankruptcy losses. According to the International Monetary Fund, more than half the total fiscal response in the largest developed and emerging economies belongs to these categories.

To be sure, instituting such policy in the face of blaring headlines about triple-digit debt-to-GDP ratios requires steely conviction. For the group of major developed economies, the debt-to-GDP ratio jumped 24 percentage points in about two months. In comparison, a similar increase in global debt in response to the 2008 global financial crisis took two years to play out. The average debt level for this group of countries sits at 154% of GDP.

The fiscal math behind debt sustainability

As striking as those figures sound, most policymakers and market participants understand that debt sustainability—the cost of servicing debt compared with economic growth—is far more important than the cold, hard headline number. In that respect, although the health shock led to unprecedented emergency spending, our low-interest-rate environment is a favorable backdrop. It's more than conceivable that developed-market economies can grow out of their newfound debt.

With solid yet realistic growth rates in coming years as economies bounce back from pandemic-induced contractions, we could see debt in these economies returning to pre-COVID levels by the end of the decade (Scenario 1 in the figure above). Moreover, even more muted growth assumptions are enough to put debt on a sustainable downward trajectory, thanks to the sub-1% 10-year yields at which governments are issuing their debt (Scenario 2).

Although fiscal consolidation—raising taxes, cutting spending, or both—is the tried and true method for tackling debt challenges, these scenarios don't depend on draconian assumptions. Only modest fiscal austerity, in the form of budget deficits not larger than 2% or 3% of GDP, is required alongside modest growth to reduce debt-to-GDP levels. But some fiscal discipline is needed; runaway deficits won't work. Not even sub-1% yields would be sufficient for a grow-out-of-debt strategy if fiscal deficits remained systematically above 3% (Scenario 3).

What about central banks?

Central bank actions over the coming months and years will also have important implications for developed markets' debt arithmetic. In fact, everything central banks are doing to help their economies right now increases the odds of a sustainable debt scenario going forward. Although explicit coordination between monetary and fiscal policy would violate the sacrosanct principle of central bank independence, the reality is that the massive monetary accommodations in most developed markets in response to the pandemic will help significantly from a debt perspective.

Beyond policies of zero or negative interest rates, central banks will need to adopt forward-guidance frameworks. Global financial markets no doubt will respond better if they know what's coming. The U.S. Federal Reserve, for example, will need to put a forward-guidance framework in place as soon as the U.S. economy starts to move from contraction to expansion, which Vanguard's base case foresees occurring in the second half of 2020. Guidance could be timeline-driven, or it could depend on data outcomes such as when unemployment falls back toward more typical levels or when inflation rises toward targets around 2% in most developed markets.

Higher inflation could be beneficial, if central banks can finally achieve it. In normal conditions, higher inflation doesn't help with debt reduction because bond markets eventually catch up through higher interest rates. But in rare circumstances like wartime spending or disaster responses, such as in this COVID-19 crisis, higher inflation can erode the value of one-off debt.

Of course, the greatest condition of all is the pandemic's progression. A second wave of infection that requires another round of national lockdowns is a worst-case scenario—from both health and economic standpoints—that we unfortunately can't rule out. On the other hand, a sooner-than-expected development of a vaccine or indications that we've achieved herd immunity would accelerate recoveries.

I don't mean to suggest that everything is rosy. Recovery will take time and be uneven, coming later to sectors that depend on face-to-face interaction. And while our view on developed markets is sanguine, our outlook for emerging markets—which we don't foresee being able to simply grow themselves out of debt—is far more challenging. But considering where we've been in recent months, just being able to discuss recovery in present terms offers promise.